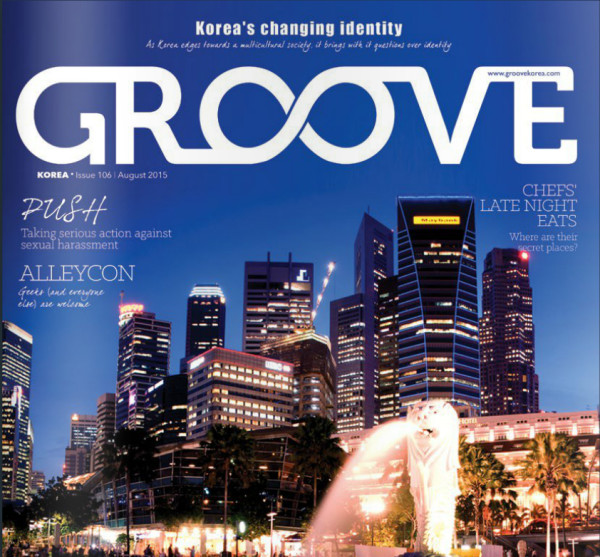 I will participate in two exhibitions in South Korea, and on this occasion the magazine Groove Korea speaks of my work on his website.
This magazine talks about culture and the latest trends.
It is one of the most read magazines in English the country, with a circulation of 23,000 copies.

Here is the link to the article:groovekorea.com/article/the-fantastic-world-of-jeremie-baldocchi

French artist Jérémie Baldocchi has always been interested in capturing how people feel through his art. Disinterested in academia from an early age, his initial interest in photography gave way to painting and sketching after he left school for an art academy at 17. From his first exhibit in a Parisian department store in 2000, he has since moved onto galleries, salons and art fairs both in his native country and across the world. Having previously exhibited at an arts fair in Mokpo in June, Baldocchi will be presenting one of his pieces as part of a collection of French artists at the IANG Gallery in the Namseoul University Art Center before audiences get to see his more wide-ranging oeuvre at the Affordable Art Fair in Seoul this September.

Fascinated by audience reactions to his pieces, he believes that the function of art is to take people beyond surface decoration into questioning why they react the way they do to pieces. “Looking at the same thing,” he points out, “people often don’t see the same or feel the same. This is fascinating for me.” Represented by the Be & Art Gallery, with whom he has collaborated for many years, he is currently working on several pieces for the upcoming Seoul Fair, with his focus on animals resulting in a stretching of themes for the talented artist. Nevertheless, many familiar Baldocchi watchers will detect his continuing focus on body obsession being transferred effectively to the new pieces. “Despite the colorful scenes, the subjects of my paintings are often suffering… they live in their body like they are in jail.”

With exhibitions in South Korea, China and Japan coming up, Baldocchi is set on bringing his art to an Asian-based audience with as much focus as he has to Europe and the Americas. With two chances to catch his inimitable style, be sure to circle the date for a chance to see this one of France’s big up-and-comers in the art world